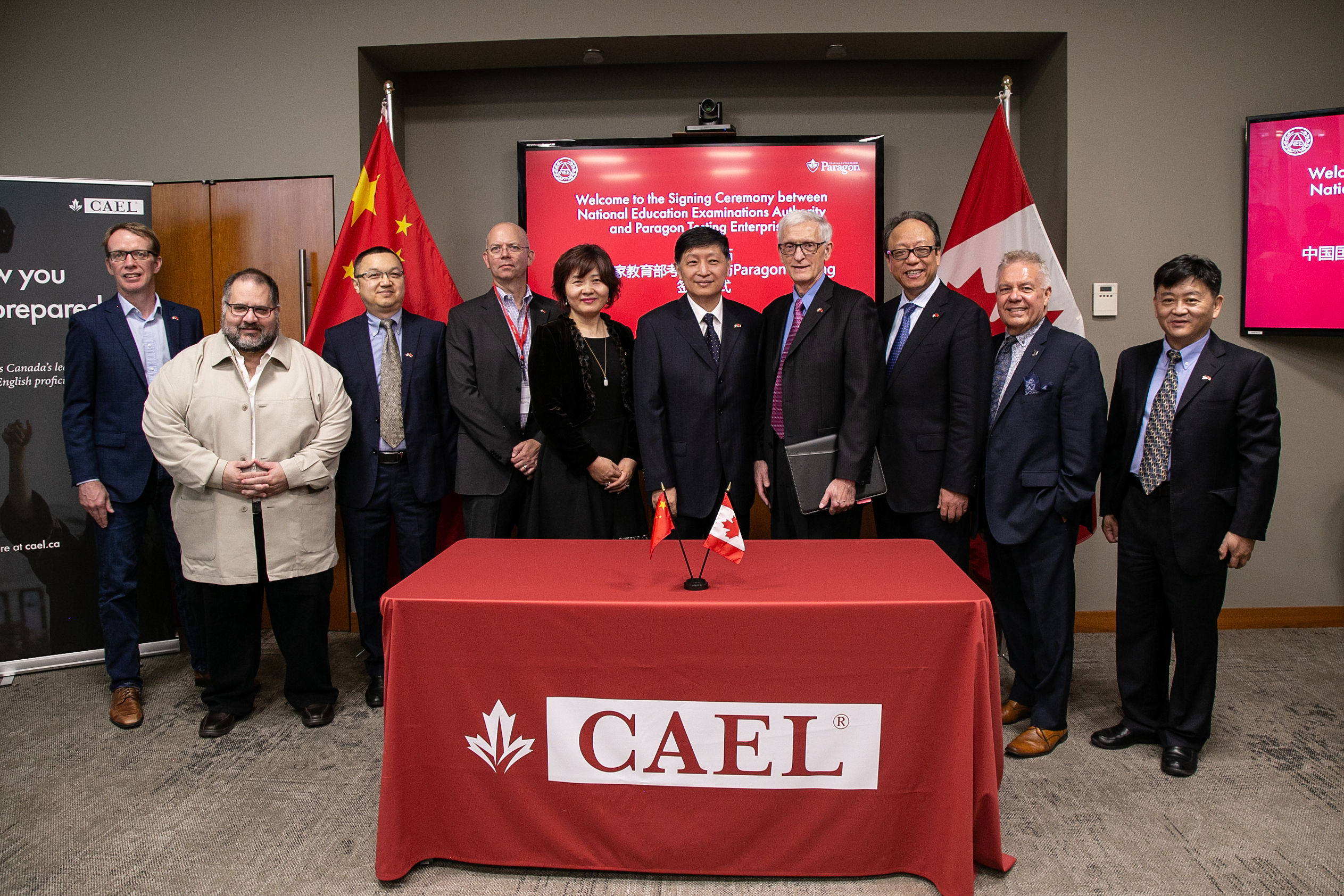 Paragon Testing Enterprises and the National Education Examinations Authority (NEEA) of the Chinese Ministry of Education have signed an agreement to deliver the Canadian Academic English Language Test – Computer Edition (CAEL CE) in the People’s Republic of China.

The agreement was signed by Mr. Jiang Gang, President of NEEA, and Dr. Donald Wehrung, President and CEO of Paragon.

The event was celebrated at Paragon’s head office in Vancouver with representatives from NEEA; Paragon; the Consulate-General of the People’s Republic of China in Vancouver; the British Columbia Ministry of Jobs, Trade, and Technology; The University of British Columbia (UBC); and the Canada China Business Council.

At the event, Dr. Donald Wehrung shared a brief overview of the history of activities that led to the signing between NEEA and Paragon. The first exploratory discussions began in May 2012, and Paragon submitted an official request to NEEA to conduct the CAEL CE Test in China in November 2016. Since the submission, Paragon had many meetings with NEEA, government officials in Canada and China, private Canadian and Chinese companies in the educational testing industry, and education officials at Canadian post-secondary institutions and their national organizations. He went on to say, “Because of all these efforts, we signed an MOU between NEEA and Paragon back in December 2017 in Beijing to begin the serious investigations of delivering the CAEL CE Test by NEEA in the People’s Republic of China. Subsequently, we have been finalizing a Services Agreement and we have been testing in the People’s Republic under a Pilot Testing Agreement. This brings us to the event that we have been anticipating for a long, long time, which is the signing of the Services Agreement.”

Mr. Jiang Gang stated, “I am both delighted and honoured to be coming from China to Paragon to sign the cooperative agreement with Paragon. . . . Working teams from both parties have worked extensively on the details of the CAEL testing operations.” He went on to say, “We believe the possibility and availability of the CAEL CE Test in China will . . . provide Chinese candidates aspiring to Canadian higher education an alternative English assessment. This, of course, will benefit and contribute to the China Canada education exchange.”

Deputy Consul General Kong Weiwei from the Consulate-General of the People’s Republic of China in Vancouver remarked, “I really hope more and more Chinese students that choose to study in Canada can have more options in terms of English language proficiency testing. . . . The Consulate-General in Vancouver will continuously support the bilateral education exchanges in various forms and keep on facilitating students’ mobility between China and Canada.”

Further details on location, registration, and the price of the test will be available soon. To receive the latest updates on Paragon’s developments in the People’s Republic of China, sign up for the newsletter at cael.ca/china-updates.

The test is one of the best tools for identifying students with the right English skills for academic success. It provides an authentic representation of English language use in a Canadian academic context. Test takers read articles, listen to lectures, answer questions, and write a short essay, as they would be expected to do in a first-year Canadian university or college classroom.

The test is currently accepted by more than 180 Canadian universities and colleges for admission to their academic programs, and is delivered by computer at 35 test centres within Canada with a more recent expansion to select cities internationally.

More information regarding the test is available on the CAEL CE website at cael.ca.

Paragon Testing Enterprises is a private subsidiary of UBC that was incorporated in 2009 to commercialize the university’s English language proficiency tests. Paragon’s tests include the Canadian English Language Proficiency Index Program (CELPIP) and CAEL CE.

More information can be found on the Paragon website at paragontesting.ca.

In this post, we summarize the new CAEL Live series, what you can expect each week, and the kinds of...

Introducing the CAEL Path to Success

In this post, we outline materials available for you with the CAEL Path to Success, and how you can ... 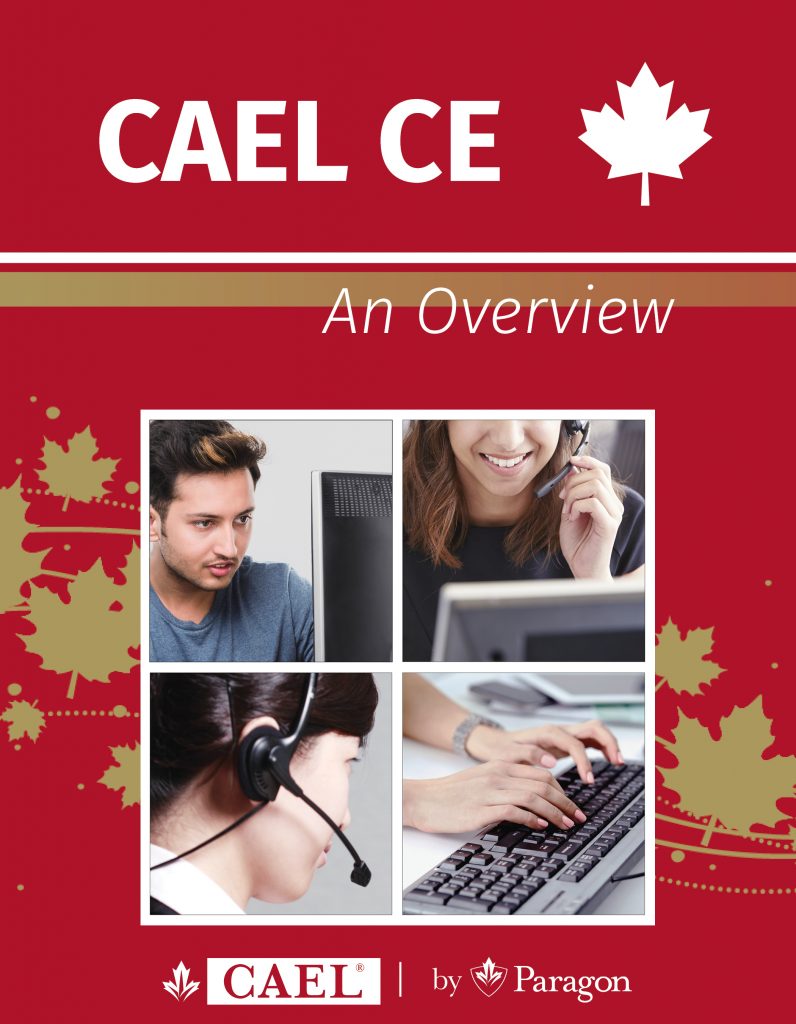